New Law Allows Pets in Rentals and Landlords Are Not Happy

Not everyone has the capacity to take out a mortgage for their home. That’s why there are still many families that rent instead. However, I can be challenging to find a place that would allow pets. Unfortunately, there are many landlords who don’t allow pets in their properties, making it even more difficult for pet owners everywhere.

Often, there are faced with limited options or worse and would have to give up their beloved furry friends. Some pets go into adoption or foster homes, while others are simply abandoned. It can be very heartbreaking, for both owner and the pet, but there are cases where this cannot be avoided.

Fortunately, things could change in the near future. A new law proposed in the UK would give tenants the right to keep pets in their rented houses and apartments! Finally, pet owners don’t need to face the difficult choice of giving up their pets for adoption!

The Dogs and Domestic Animal Bill

A new law proposed in the UK could would now allow tenants to keep their pets even in rented houses and apartments. If the bill is approved, the struggle to find a place to rent would be minimized to a great degree. Pet owners won’t have to face the difficult decision of choosing between their pets and a proper home.

As you might expect, many opposed it early on. In particular, the proposed law wasn’t welcomed by the landlords. There are also concerns about extra charges or even increased rent for those who want to keep their pets.

Much credit goes too Tory MP Andrew Rosindell for pushing this agenda. He is one of the few who has acknowledged the pain that families go through whenever they are forced to part with their pets because of unnecessary bans. The members of the House of Commons for Romford explained to landlords that while the bill gives the renters the right to keep pets in their properties, it doesn’t mean they have “unconditional rights.”

The Special Conditions That Renters Must Meet 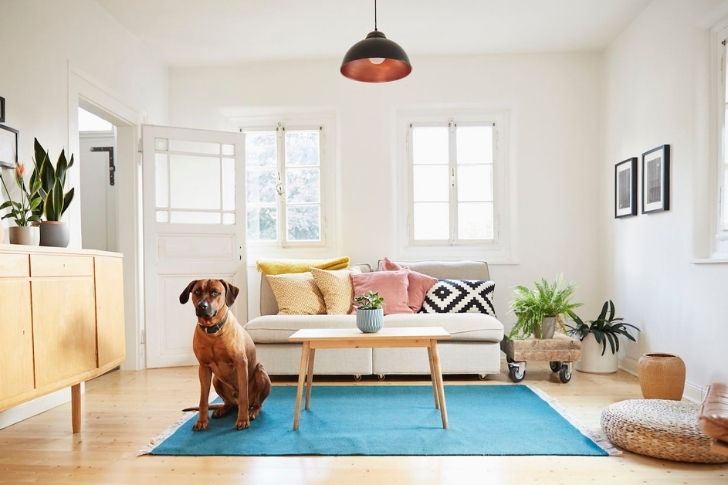 To make sure that landlords are also protected, anyone bringing in their pets into a rented property will have to pass a “responsible ownership test.” The test includes a checklist that needs to be met. Some of the conditions include getting their pet proper vaccinations and microchipping.

Dogs should also show that they are responsive to basic commands. Most of the things on the checklist do pertain to canines, as most cats tend to just follow their own will. It is funny, but cats seem to be exempted from these conditions!

Once the renter meets all the conditions, they no longer need to worry about a home loan or having to part ways with their beloved pets.

The proposed law was named after a Weimaraner dog from Surrey, UK, whose family was not allowed to keep her in their rented house. Now known as Jasmine’s Law, MP Rosindell emphasized to the National Residential Landlords Association that the bill will ensure that every renting family gets to keep their pets. He also said that the no-pet clause must end now and that no person should lose their pet over fears of recriminations or becoming homeless.

There is one concern that most renters with pets share. This is the possibility of landlords imposing extra charges when it comes to this type of accommodation. In fact, one landlord had said that he wanted a guarantee that Jasmine’s Law would cover for any damage and extra cost brought about by keeping pets in a rental.

The second reading for the proposal is scheduled for January 2021. So far, there’s increased support toward the initiative. At present, similar laws have also been passed in other countries like France, Belgium, and Germany. We hope the United Kingdom follows in their example, too.