Meet Killian: The Hero Dog Who Sent an Abusive Babysitter to Jail

First-time parents are known to be notoriously meticulous, sometimes to an overwhelming degree, when it comes to their firstborns. Such is the instinct every parent has. They want to protect and make sure that their children are safe at all times.

They tread carefully and will do in-depth research before trying out a new thing. From baby toys to baby food, no detail is spared from their care. Unfortunately, even though parents try their best, there are things that they cannot anticipate. This is what happened to new parents in South Carolina.

Benjamin and Hope Jordan were new parents to a baby boy named Finn. They had always been very thorough, even when hiring a babysitter for their child. They did a background check and would have done a credit report check, too, if that were allowed.

Their babysitter, Alexis Khan, passed all of the tests. Confident that they finally found a responsible person to look after their infant son while they worked, the couple gave Khan the job. We’re sure they never expected what happened next. 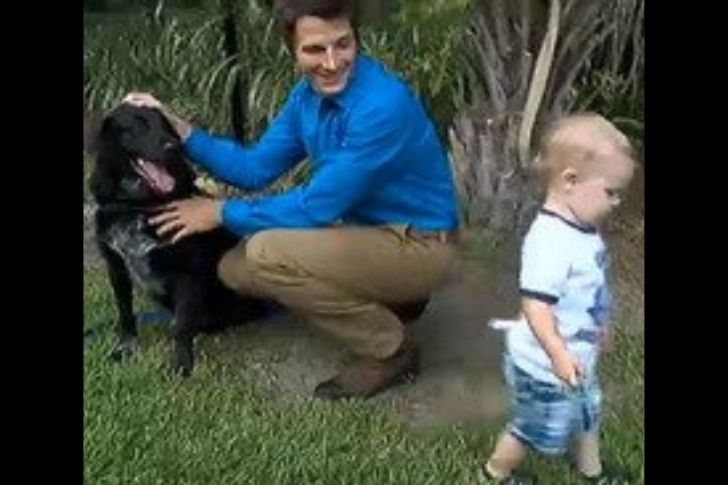 Initially, they thought they were making a good investment by hiring Khan. However, after getting the job, Khan began to treat the 7-month old Finn really badly. We won’t go into details here, but we are certainly glad this bad babysitter had been caught. Finn couldn’t have told his parents, so how did they find out?

Benjamin and Hope were alerted to what was happening by their own dog, Killian. He has been hailed a hero in South Carolina, but let’s find out more about how he managed to do it.

Killian to the Rescue

Killian is a mix-breed. He is part Labrador Retriever and German Shepherd, which are both known for being great guardians. Throughout the whole ordeal, this pup was the sole witness to everything that had been happening. Of course, he couldn’t just sit idly by and do nothing!

With credit to his protective instinct, Killian always showed exactly how he felt whenever Khan was around. He would growl and take on aggressive stance, placing himself between Khan and Finn. It’s as if he’s saying that Khan would have to go through him first!

The parents, Benjamin and Hope, immediately noticed this. After all, Killian had never acted this way toward the babysitter before. They were both dumbfounded as to what had happened.

This began about five months into Khan babysitting their little boy. It kept on happening, but only with the babysitter. To everyone else, Killian was warm and friendly. The degree of change certainly pushed them to take more action. 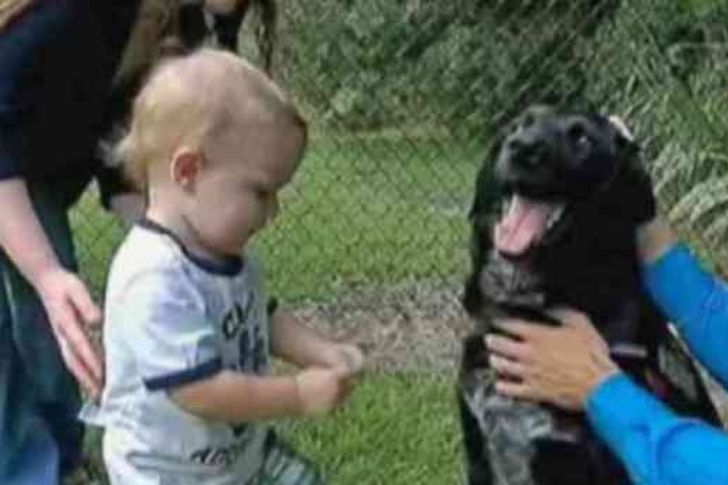 It reached a point where they could no longer ignore it. Hope suggested that they hide an iPhone beneath the sofa, in the hope that they might record what was going on inside the house when they’re away.

At first, they thought that maybe Khan was yelling at Killian in their absence, which could explain the odd behavior. Of course, this would have not been acceptable! However, what they recorded was far worse than what they imagined. Any parent would have been furious.

After everything had been revealed, they immediately contacted the police. Through the help of their lawyers, they were able to put Khan behind bars. The terrible babysitter pleaded guilty to the crime she was being accused of and was sentenced to serve 3 years in prison for what she had done.

Both Benjamin and Hope believe that if it weren’t for Killian, Finn could have been severely injured. We cannot imagine the level of pain they must have gone through after finding out they trusted the wrong person. Thankfully, Finn’s guardian angel had been there for him.

So, what’s the takeaway from this story? Listen to your pets for they are just as intuitive as us. Perhaps, even more.