Man’s scientific progress can make us think that we fully understand how nature works. However, this isn’t always the case. While nature can be understood through science, there are still many things that we are incapable of predicting or fully grasping.

Indeed, nature has a way of surprising, and keeping us in awe. Think of it as discovering something new from what you thought was familiar. It could take many forms, from butterflies with two different wings to a green puppy being born together with an entirely white litter.

Surprised? Well, you’re certainly not alone. We cannot even imagine what Italian farmer Cristian Mallocci felt when he saw the adorable little anomaly. His dog Spelacchia gave birth to a litter of five puppies. Spelacchia has naturally white fur, which four out of five puppies inherited. One among them, however, just happens to have been born green.

Perhaps Mother Nature had more than a degree of fun with this one, don’t you think? 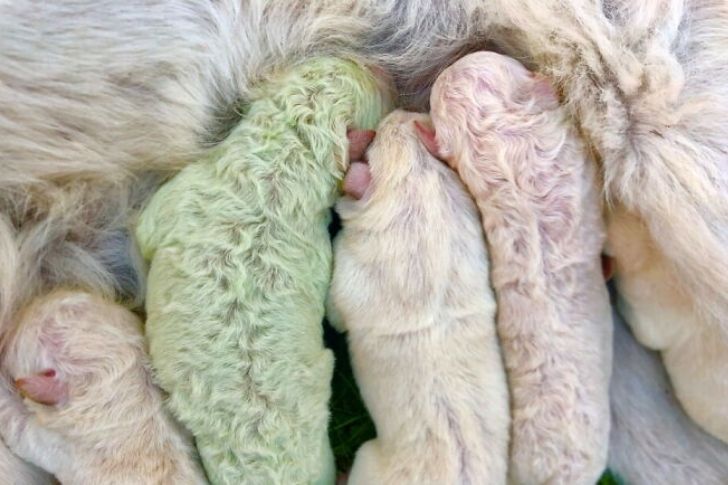 Cristian immediately named the puppy Pistachio. The uniquely colored puppy was born in a farm found on the Mediterranean island of Sardinia. Pistachio is the only one with an unusual coat amongst his siblings, which makes this case even stranger.

What about their mother? Spelacchia is a mix-breed, but has never had green fur her entire life. While the puppies have all since been sent to their new homes, Cristian decided to keep Pistachio for himself. We would, too, given how adorable his little face his.

So, what’s the future going to be like for him? Cristian is planning on training Pistachio to help him look after the farm. He might be green, but we don’t doubt that Pistachio would be just as good as his mom when watching the sheep!

What Cause Pistachio’s Unusual Color 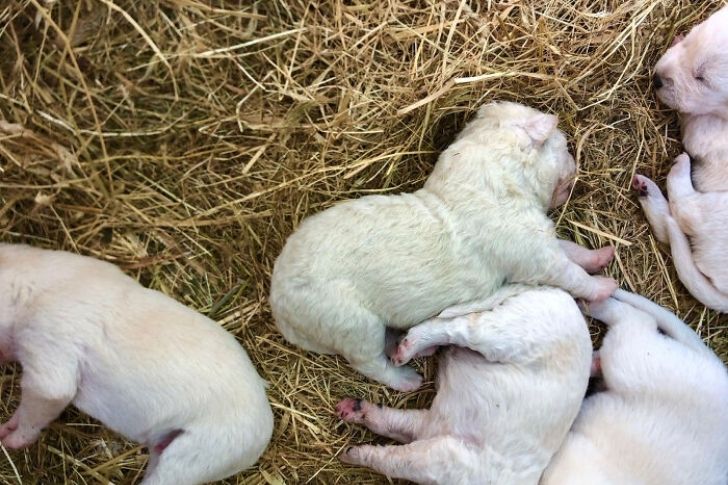 Green fur is something you’ll only find in stuffed toys are if your pet just happens to be messing around with paint. Dogs tend to have three very distinct and common colors. Usually, they are white, black, or brown. So what made Pistachio’s fur green? There are two possible explanations.

The first one is because of meconium. This can be found in the mommy doggie’s womb and light-colored fur can become green to a degree if stained by it.  What is meconium, you ask? It’s poop. Basically, the first stool produced by a growing fetus.

It is a thick and green in color. Meconium lines the baby’s intestines, while they are still in the womb. Usually, this substance is not released by the baby until after birth. There are times, however, when babies experience bowel movement before its birth, thus excreting the meconium into the amniotic fluid. It could be that Pistachio pooped before popping out!

Another possibility is biliverdin – a green pigment also found in an animal mother’s womb. This is an extremely rare case, however. It is thought to happen when pale-colored puppies get in contact with the green pigment while still in the womb.

Biliverdin is also the same pigment that creates the green color in bruises. It is possible that the amount of biliverdin in Pistachio’s birth sac was unusually high, which ended up staining his fur. Do know that this isn’t dangerous and will not cause him any degree of pain. 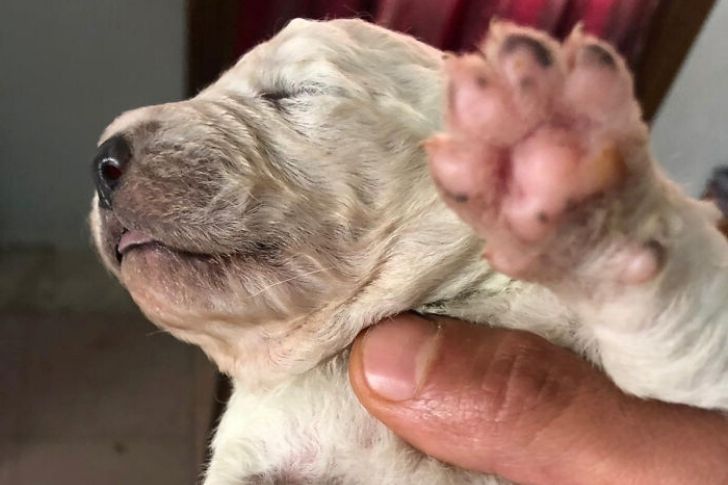 As much as we would all love for him to stay lovely and green, the color will eventually fade. Cristian admits that he has noticed it fading off as well. It will continue to happen until Pistachio’s fur returns to its normal color. We’re glad they got photos of it though, because no one would’ve believed that once upon a time, Pistachio had been the color of a leaf!

Pistachio isn’t the only one who has experienced this, however. While it is a rare phenomenon, other similar cases can be found online from around the world.