The job of a journalist a great big adventure, but it also comes with a degree of risk. This is especially true if they are in the field, covering a developing story. Nonetheless, many people still choose this profession and our next feature will show you a good example of the reason why.

BBC News reporter Alex Dunlop is no stranger to the unpredictability of being a reporter. However, he never expected that his airtime would be taken over by lemurs when he visited the Banham Zoo in Norfolk, England.  You read that right—lemurs.

While filming a segment about them back in 2020, he observed that the troop of lemurs seemed very excited about being on TV. Slowly but surely, they moved front and center, then began climbing all over Dunlop as he desperately tried to deliver his piece. What would you do in this situation?

The Story Behind the Viral Broadcast 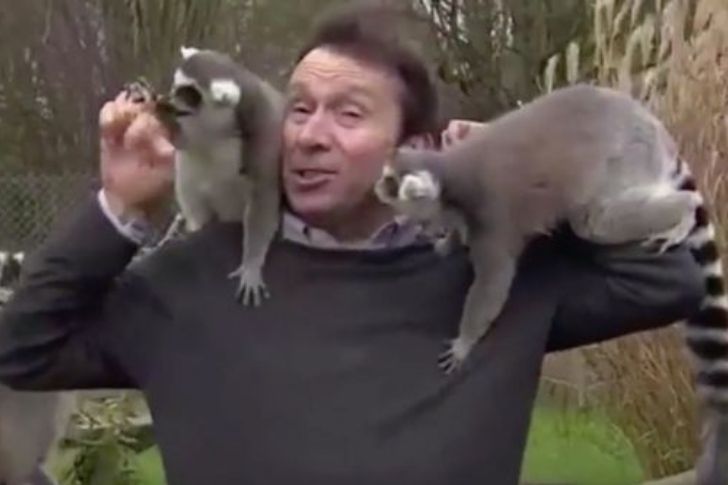 Dunlop gets credit for maintaining some level of composure, but the lemurs seemed very fond of him. He had to struggle through the broadcast, but he assured everybody that no lemurs were harmed in the making of the video. Later on, he wrote a blog detailing the absurdity of his experience. It was very meaningful for him, however.

It was his idea to enter the pen because he thought it would make the broadcast better. However, that’s when things quickly turned chaotic.

During the broadcast, Dunlop focused on one dominant lemur who wanted to hog the spotlight. Whether it was jealousy or just instinct, the others reacted quite badly to the attention this particular lemur was getting.

The reporter said that even with all his years of experience reporting on serious topics, nothing would have prepared him for the lemurs. There’s no need to get lawyers involved, however, because Dunlop was a good sport through it all. The only real injury he received is to his pride. 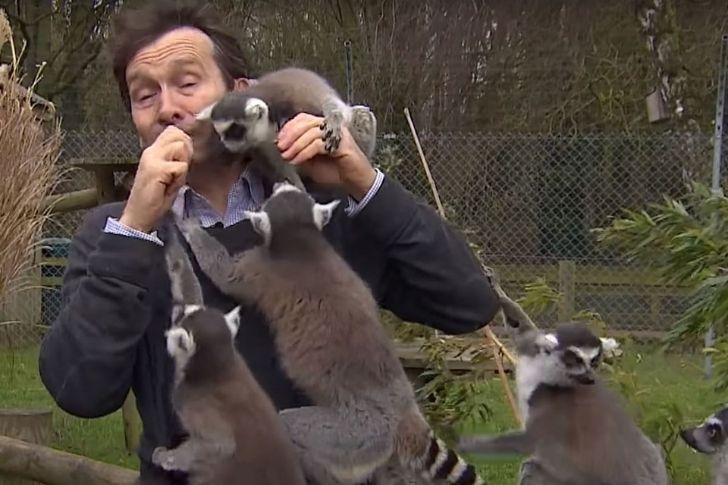 Not familiar with them? Let us help you out.

Lemurs are prosimian primates that are neither monkeys nor apes. There are many lemur species, but they are considered the most endangered group of animals in the planet. This group of primates only live in one small area in the world and their population is declining by a significant degree. 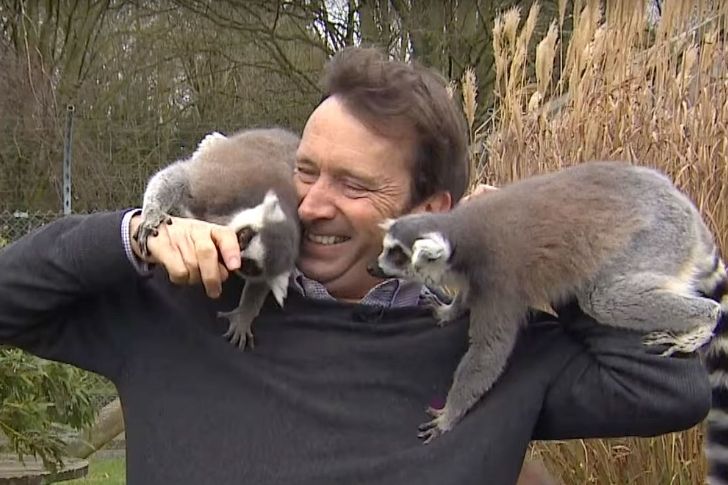 As we established earlier, the majority of the lemur population only live in one area. They can be found in Madagascar and the nearby Comoro Island. These places are located off the coast of Mozambique in Africa. While they are endemic to this particular area, they can be found in many different habitats. For example, the Sibree’s dwarf lemur live in the rainforests in high altitudes.

Meanwhile, the white-collared lemur lives in the tropical, moist lowland forests. The red-bellied one, on the other hand, lives in the east coast rain forests. The Sandford’s brown lemur can be found in evergreen forests and dry deciduous forests.

The fact that lemurs are very social creatures could explain Dunlop’s experience. These creatures actually live in groups called troops. As with some creatures in the animal kingdom, each troop is led by a dominant female. A single troop can consist of six to 30 lemurs.

Smaller species are often nocturnal and when they are awake, they are actively hunting. Some of them live alone yet maintain social contact with other lemurs. They may hunt independently, but they always sleep in troops.

Meanwhile the larger species are diurnal, which means they are active during daytime. A large degree of them would also spend their time in trees, either eating, sunbathing or grooming each other.

Lemurs are very interesting creatures, right? While they gained popularity due to the viral video, let’s not forget that they are in danger of becoming extinct if we don’t enough raise awareness for them.