As much as we like to say we’ve got everything covered and we did our research when it comes to our pets, there will always be things that we might be doing wrong. This is why it’s important to update ourselves with new information on how to take better care of our beloved pets.

However, the amount of information could sometimes be a degree overwhelming. After all, we have to be familiar with everything. From their diet, to the activities they can and cannot do. Fortunately, we have Dr. Hunter Finn who is always willing to enlighten us when it comes to common mistakes pet owners make.

The Texas-based veterinarian, often discusses issues faced by pet owners. The best bit? He is also one of the most entertaining TikTok personalities and he makes learning much easier!

Let’s get to know the famous TikTok vet some mo re.

Dr. Finn Hunter has amassed over one million followers on TikTok since he started. He uses his platform to spread correct and easy to remember information. Dr. Finn was inspired to be a veterinarian from a very young age. He focused on making his dream a reality and after getting his degree from Louisiana State University, he proceeded to build his practice. The doctor graduated from one of the country’s top veterinarian programs and though it might seem as if everything had been easy for him, there were also challenges along the way.

While he was in the middle of his clinical practice, Dr. Finn was diagnosed with malignant melanoma. He had to undergo surgery to remove it from his back and surgeons also had to remove a few lymph nodes to stop the cancer from spreading. This didn’t deter him from pursuing his dream, however.

Dr. Finn worked with a nutritionist and was able to recover his physical health so he could finish his degree. These days, he is one of the top vets in Arlington and his social media influence cannot be denied. Fortunately for us, he provides this service for free and out of love for animals worldwide. 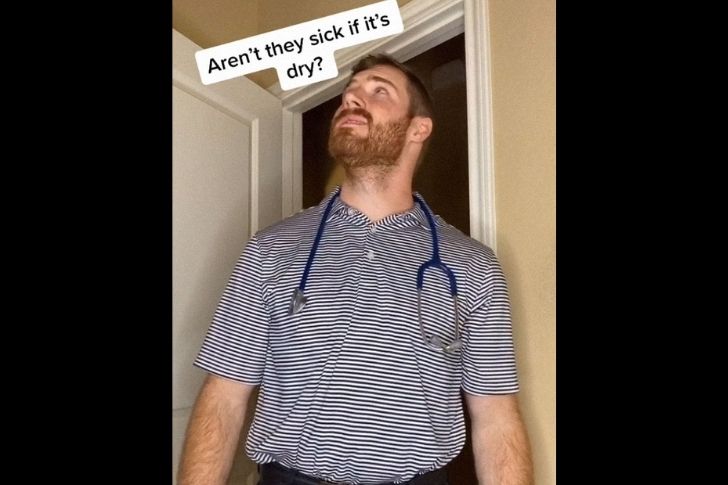 With over one million followers on TikTok, Dr. Finn is able to reach more pet owners than he ever would, even during the busiest days at work! His greatest draw is how entertaining his videos are. From light-hearted jokes about nail trims to life-saving information on treats, his followers will certain benefit a lot from the videos he makes.

He isn’t one to judge to judge those who cannot to see a vet either. In his videos, Dr. Finn often talks about things he is commonly asked at the hospital. He acknowledges the importance of providing potentially life-saving information to pet owners who have no access to vets. It’s a worthwhile investment given the time and effort he puts into it.

Like Dr. Finn says, pet healthcare starts with proper knowledge and prevention is always better than cure. Ideally, he would only see animals for health checkups, however, this rarely happens in the real world. 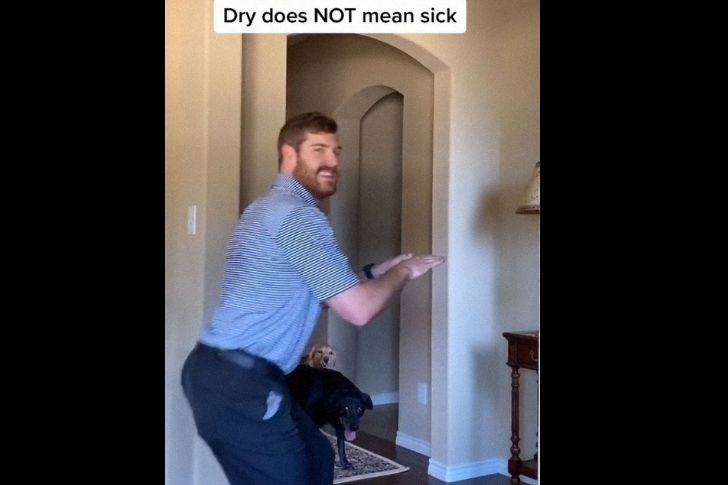 Since he is an animal lover himself, Dr. Finn also has three dogs at home. One of them is Asher, who often features prominently on his social media pages. He described Asher as a degree similar to him and is an extroverted introvert. They both love to explore the outdoors, but will also enjoy sitting down and doing nothing.

Another of his dogs is Sadie, a geriatric black Labrador. She has been part of his life for the past three years. He took over caring for her after his uncle sadly passed away. Sadie is still the typical Labrador who gets excited when mealtime comes! Because of her age, she doesn’t move around like she used to and prefers spending time in the yard to catch some sunshine.

The last one is Rugby, who is the newest member of the pack. Similar to Sadie, Dr. Finn took Rugby in after his grandparents passed away. Since Rugby only had the doctor’s grandparents for company, he was quite shy in the beginning. These days, however, he loves playing with the other dogs and takes daily walks around the neighborhood.

So, what’s in store for the good doctor? Well, he hopes that every investment he makes toward his social media would become useful to pet owners around the world. Check him out on TikTok and let Dr. Finn teach you how to be a better parent to your beloved furry friends!